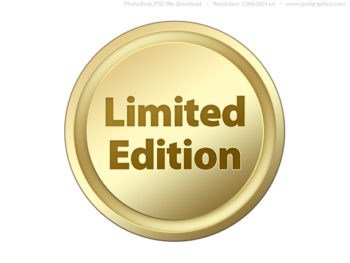 Design vs. production. This is a choice I’ve encountered before in my professional career.

I love design. I love conceiving an idea and bringing it to digital life on my computer, whether it’s through CAD design or programming, and then converting it to physical reality with my hands or a 3D printer. The transition from idea to reality is sometimes silky smooth and sometimes really, really difficult. Usually it takes a lot of iterations (see my famous basket of prototype cameras) to get everything right. I’ve been known to pound my head on the wall out of sheer frustration during a difficult transition. It’s a great feeling to make the first successful working example of a design.

My 2013 Pinhole Printed Kickstarter was more about production, as the design was nearly completed and I needed help to produce the pinhole cameras. Production is nothing like design. This phase is about sourcing parts, ordering, making the product, and boxing – over and over. Then you’ve got to market, sell, and ship – on schedule. Unlike many Kickstarters, I deliberately capped the number I would make and sold out before it was over.

I’m still shipping Flyers and Clippers to people around the world, and they’ve been taking great photographs with my cameras. These photos and their comments are a great source of pride to me, and the reason I keep making cameras. I believe in open source as well. My 35mm to 120 film adapters and the simple Easy 35 camera are free for anyone to make.

Since then, I’ve made several interesting concept pinhole cameras, all 3D printed, for some photographer friends with great feedback and photos. However, producing each one would incrementally increase my production workload until I have no time to design.

I like designing. I like making a few cameras for people to enjoy and use to create beautiful new images but I have no interest in starting a full-time production business. If there’s someone out there who’s interested in the marketing and production side of things, get in touch with me.

So I’ve decided the perfect solution for me is to make limited editions of my various camera designs.

lim·it·ed ed·i·tion
noun
an edition of a book, or reproduction of a print or object, limited to a specific number of copies.Wikipedia

The number I’ll make for each one will be fixed depending on print time and complexity. Each camera will have a certificate and a serial number. Once I’ve made that fixed number, I’m done and I’ll move on to another design. I may then open source some designs to bring even more people into film and pinhole photography.

(This is not an April Fool blog, by the way)